As you know, “I Can Only Imagine” is one of the most beloved songs about Christian, but it also has a meaningful story behind it that can be presented just by film.

Christian “faith” films often find a contemporary setting to tell its story, with some being “based on a true-life account” while others might find inspiration from literary novels. However, whether finding inspiration from true life, references from the bible, or originality, these movies usually tell on a person’s faith and the inner struggle he or she has within or one society’s views, spreading a message of belief and the understanding of one’s belief. And one of these outstanding Christian religious drama films is I Can Only Imagine that is presented by Lionsgate (and Roadside Attractions) and directors Jon and Andrew Erwin. This film is based on the true story of Bart Millard.

Who is  Bart Millard? What about his true story?

2. The Story about Bart Millard

Bart Millard (J. Michael Finley) had youthful dreams and found comfort within the power of music. 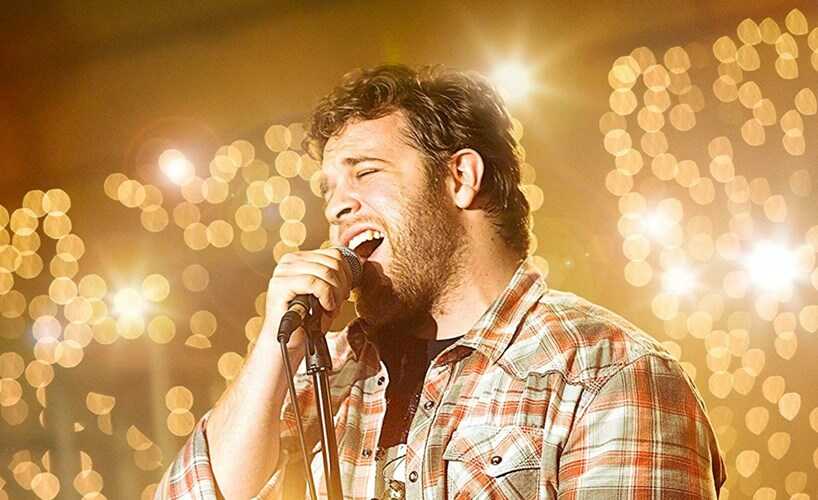 However, he grew up in a broken home, finding his father Arthur (Dennis Quad), an abusive individual, to be a monster as his parents would regularly fight and Bart would get beaten. After his mother called it quits and leaves, Arthur’s anger turned towards his son, while Bart, trying to please his father, pursued a career in football.

Everything was on the up and up (for the most part), with Bart becoming a high school football player with his childhood sweetheart Shannon (Madeline Carroll) by his side to keep comfort. Unfortunately, due to an unexpected injury, sidelined Bart from playing high school football, finding more failure within his father’s eyes. Out of this, Bart began to find a passion for singing in high school plays, displaying a strong quality in vocal performances and talent for the stage.

When events suddenly escalate between Bart and Arthur, Bart decides to leave, leaving his hometown (including Shannon) in trying to pursue a career in music. Over time, Bart finds himself in MercyMe (a band that plays Christian music), finding wisdom in a mentor-ish figure in Scott Brickell (Trace Adkins) in learning the ways of becoming a rising star in the current music industry.

While the enjoyment of playing gigs is good, Bart soon learns that the life on the road is hard. When faced with a pivotal decision at a crossroads in his career, Bart finally accepts what he must do, with him having to go back to hometown and to reconcile with the person he came to hate the most: his father.

3. Behind this beloved song – “I Can Only Imagine”

I Can Only Imagine is directed by the Erwin Brothers (Andrew and Jon) who find their stride in detailing the chronicles of Bart’s life from boy to man, culminating in a moving and powerful ending. Naturally, that particular scene ends with the song “I Can Only Imagine” and it’s definitely great to hear. 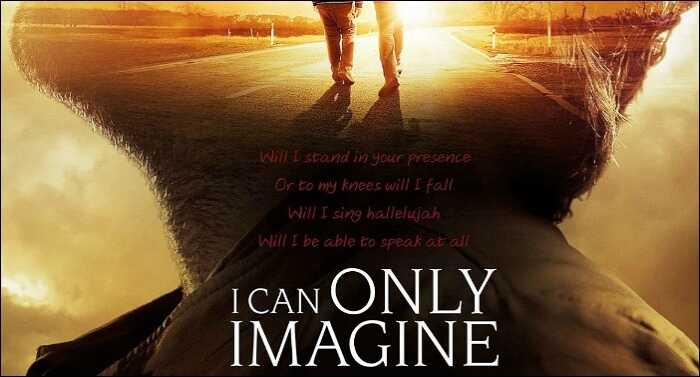 However, the journey getting to that point is where the movie spends its time in unfolding Bart’s story, capturing the abusive time period growing up with his dad and running off to search for something, specifically finding a call to music and singing. Naturally, the most poignant piece that the Erwin Brothers make of this movie is the relationship between Bart and his dad (Arthur), finding themselves at odds and coming together again (later on) through faith, belief, and reconciliation.

This thematic message, while based in Christian beliefs, I Can Only Imagine certainly does speak volumes not only in the film’s narrative, but into real life, with many individuals caught in the struggle of an abusive relationship. In Summary, I Can Only Imagine is a moving and theatrical strong Christian based film, thanks to its overall direction, heartfelt story, and several strong performances. This helps everyone love further this film and make them want to take this beloved song of the same name into their home.

4. How to take the “I Can Only Imagine” lyric into your home.

Our canvas prints not only satisfy your Christian “faith” but also help you feel happy whenever you look at them. Don’t worry about our product quality because you can check it on the below comments and Trustpilot.